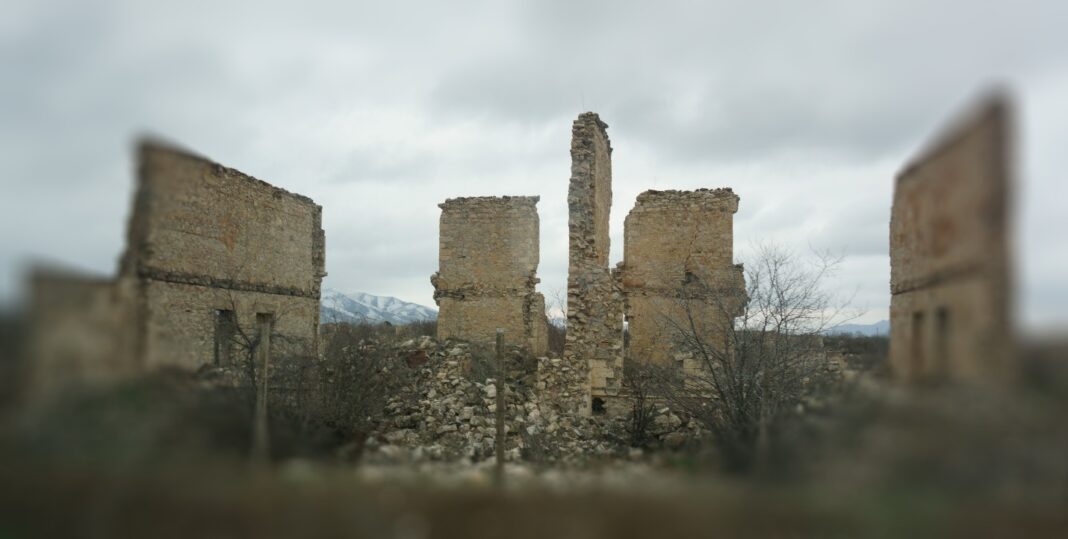 (photos belong to the author)

There is nothing left: no cities, no villages, no houses, no cemeteries. Parks and monuments have been destroyed, even old graves have been dug up. Everything has been taken down to the bones from the graves; rivers have dried up, lakes are overgrown with reeds, gardens have burned down, trees have been charred.

Bare fields are cut into square pieces intended to shelter military vehicles, and are strewn with trenches where heavy equipment can move unnoticed. Snowy mountains rise in the distance, and nearby – only parapet, pillboxes and bunkers… 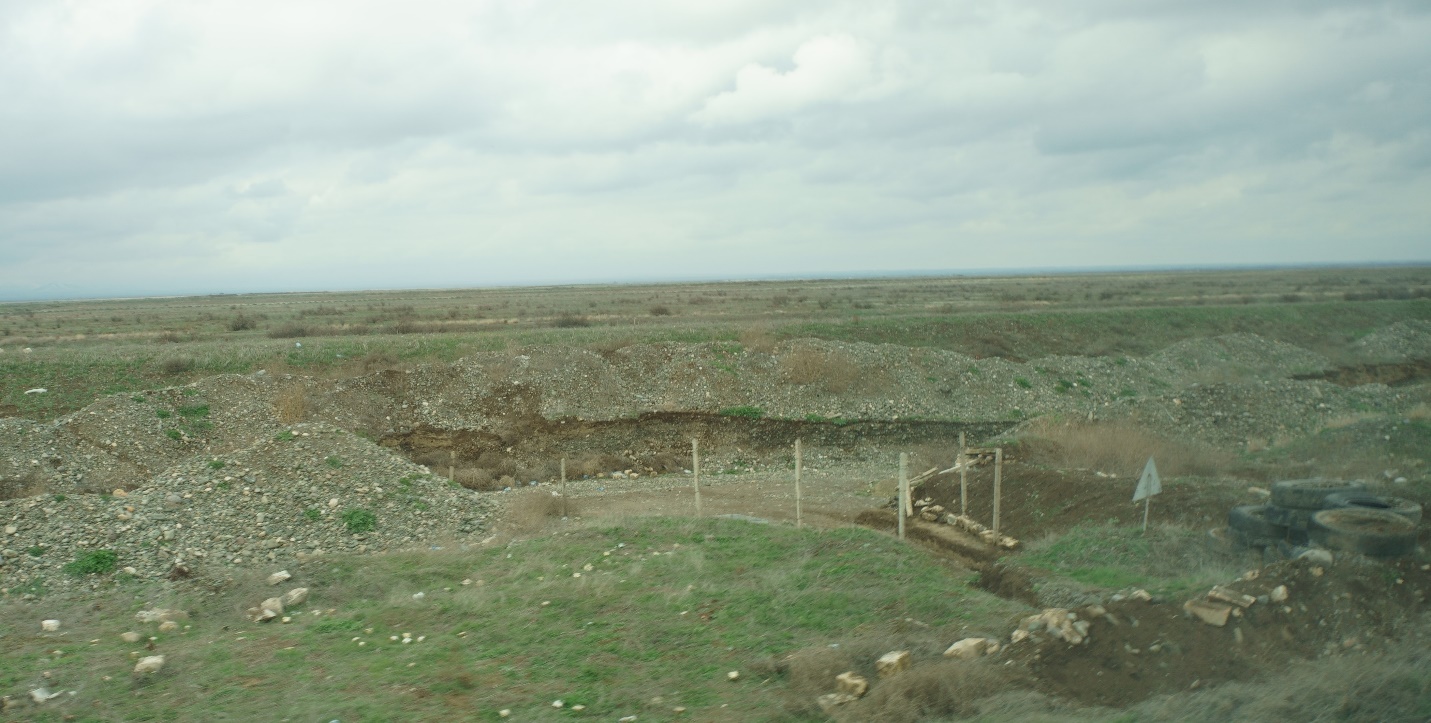 Many of us, media workers in several buses, did not come to Aghdam as journalists. They returned to their native land, which was captured and alienated by their neighbors 28 years ago. This tragedy happened in July 1993, when the country was in turmoil, units of the Azerbaijani army rushed to Baku to restore order. There was a fierce struggle for power. And the Armenian troops took advantage of the situation.

I never thought that there are so many Aghdam people in the media. Confused, they are looking around for the houses where they grew up, some identify them by some signs. But no one is allowed there: there are only ruins above, and mines under the ground. We are forbidden to go beyond the red flags, to cross the striped ribbons. Death lurked there. 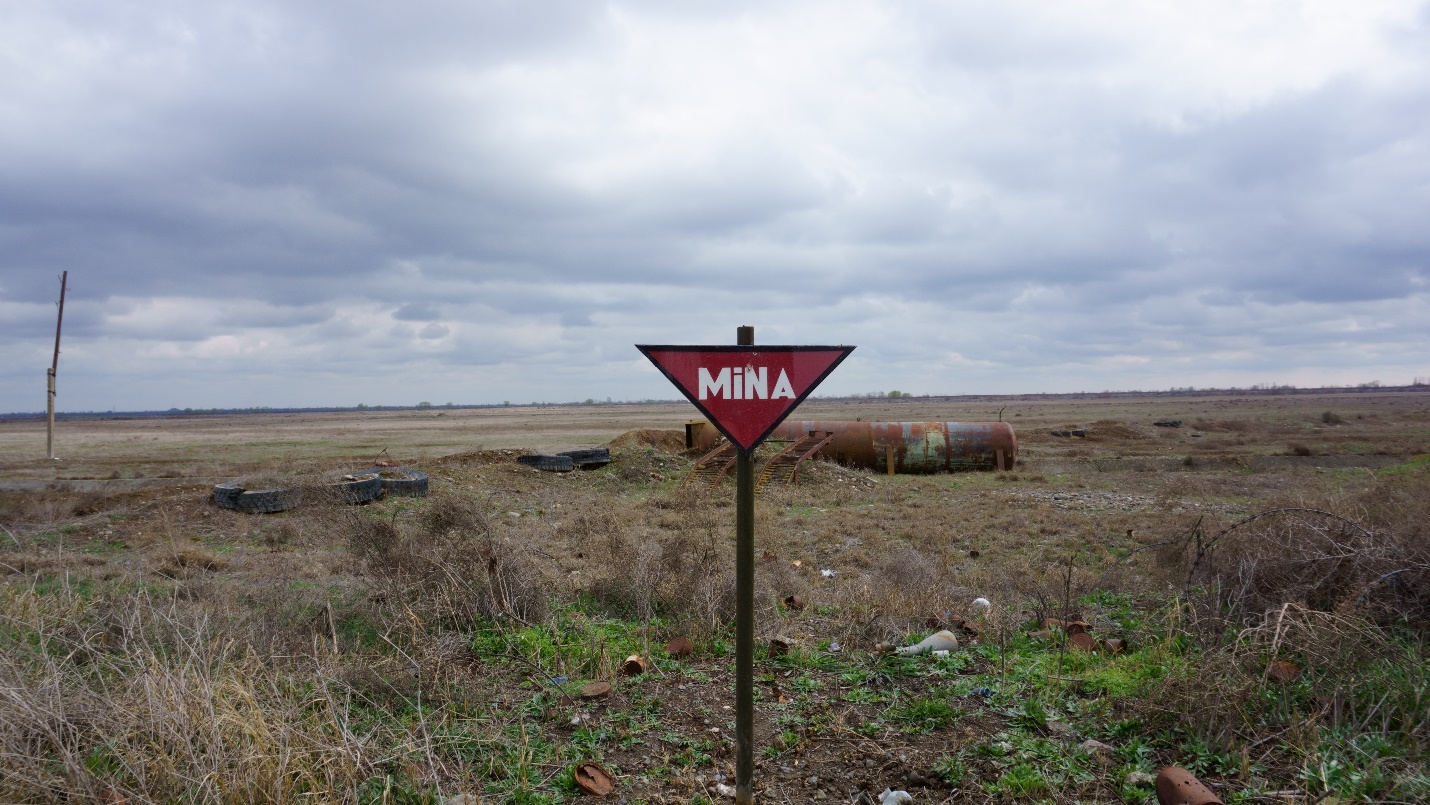 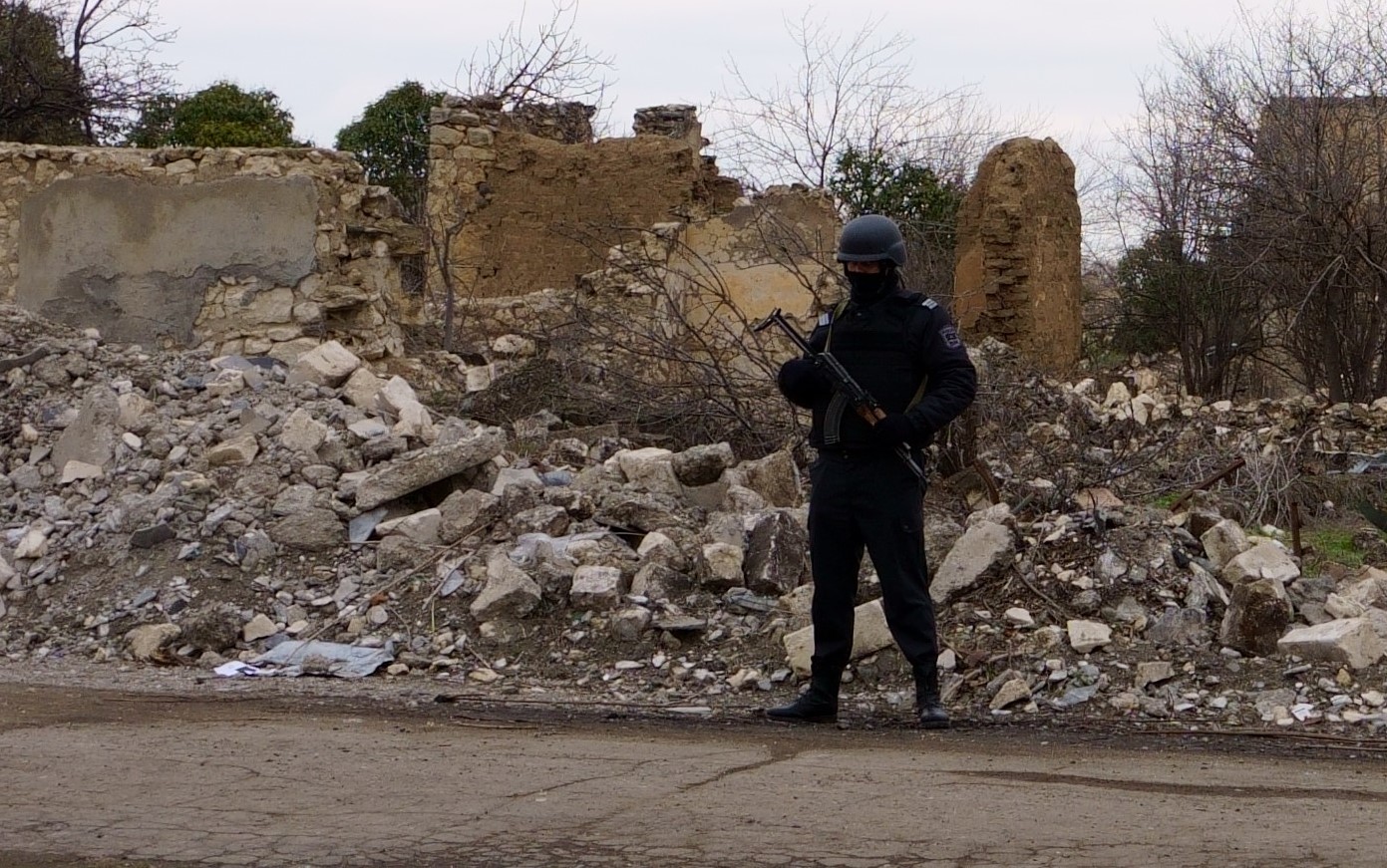 “Despite repeated appeals from the Azerbaijani side, Armenia does not provide a map of the minefields, referring to the fact that the trilateral peace statement of 10 November said nothing about this,” says a representative of the Defense Ministry in a monotonous voice. Apparently, we are not the first to whom he repeats these words. It turns out that Azerbaijani bomb disposal officers have many years of work ahead of them. We saw how they move across the field: to say step by step would be a great exaggeration… 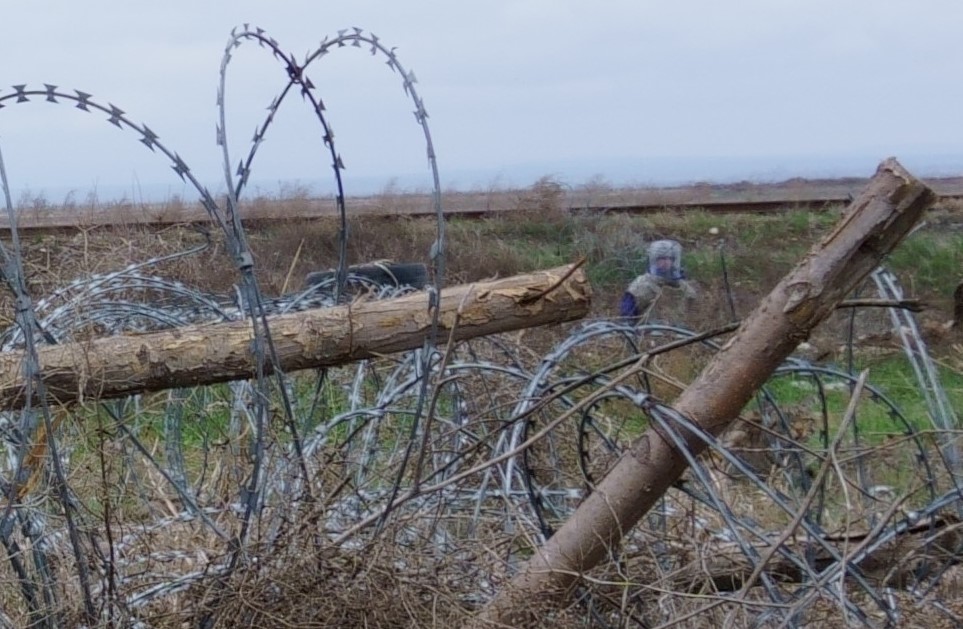 I got to talking with one of the soldiers accompanying the convoy and missed the moment of the “demonstration explosion” of a mine discovered, as it turned out, this morning on the roadside. Taking the explosion for “real”, I unwittingly ducked. It is not hard to guess what I was thinking: until today in Karabakh, 22 civilians and almost three times as many military men have been blown up by mines. People are in a hurry to return to their native lands, ignoring the calls of the authorities to wait for special permission…

The picture that opens to the eye from this place is capable of shattering a person’s faith in common sense and changing psychology in relation to time and space. I’m talking about the roof of the Juma Mosque – the only building that has survived in this huge city. 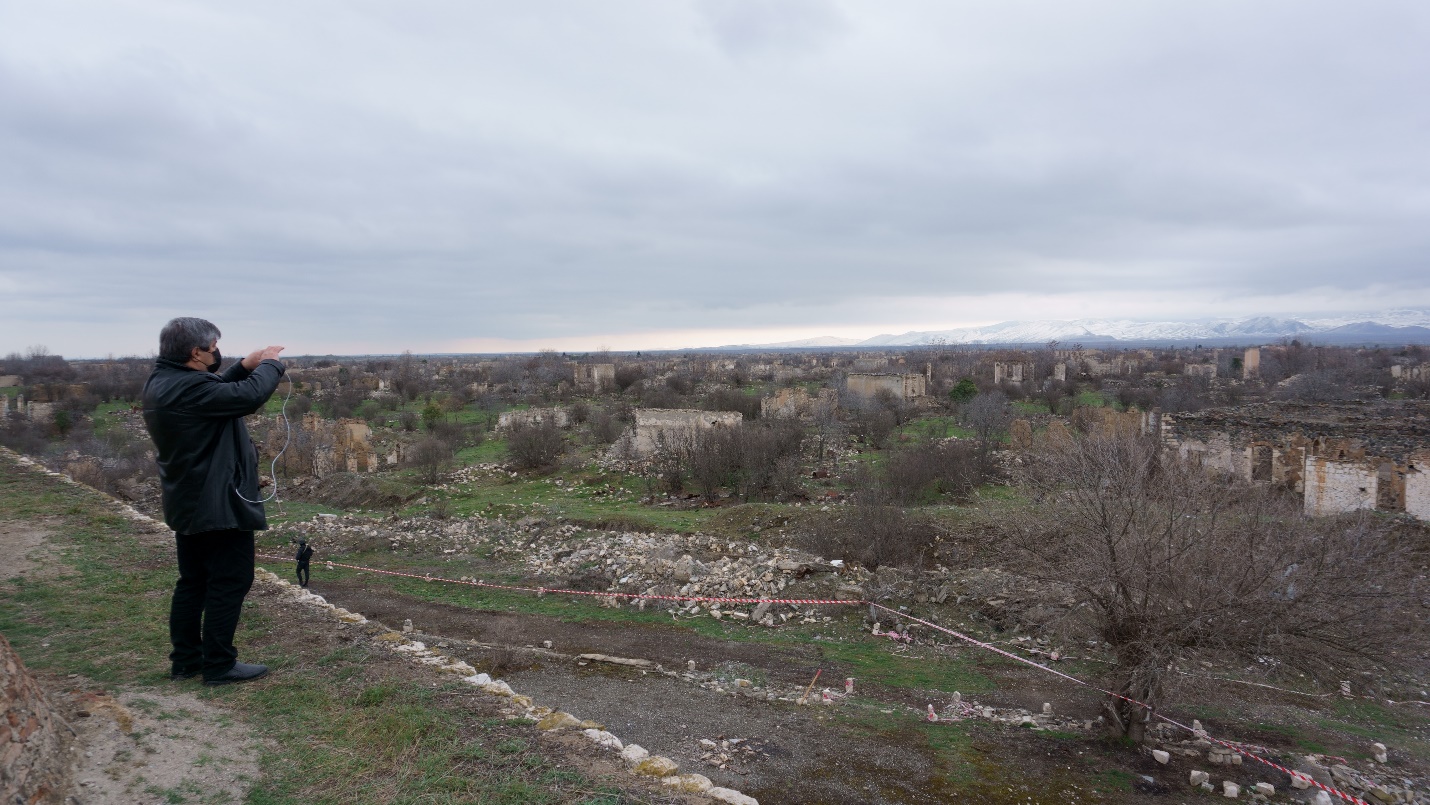 Aghdam was not destroyed by the war. There are video footage showing how the Armenians walk through the streets of the city immediately after its capture. One of the most beautiful settlements in the country, being landscaped by Azerbaijanis for two and a half centuries, was dismantled by neighbors literally in a quarter of a century into bricks and slabs. What could be taken away – they took away, the rest was destroyed. Even the mausoleums of the founders of the Karabakh Khanate were gutted, the shrines were turned into a barn. What for? To erase all traces of the former owners? Does it really turn out that human hatred is even stronger than time? Is it really capable of changing not only the future, but also the past? 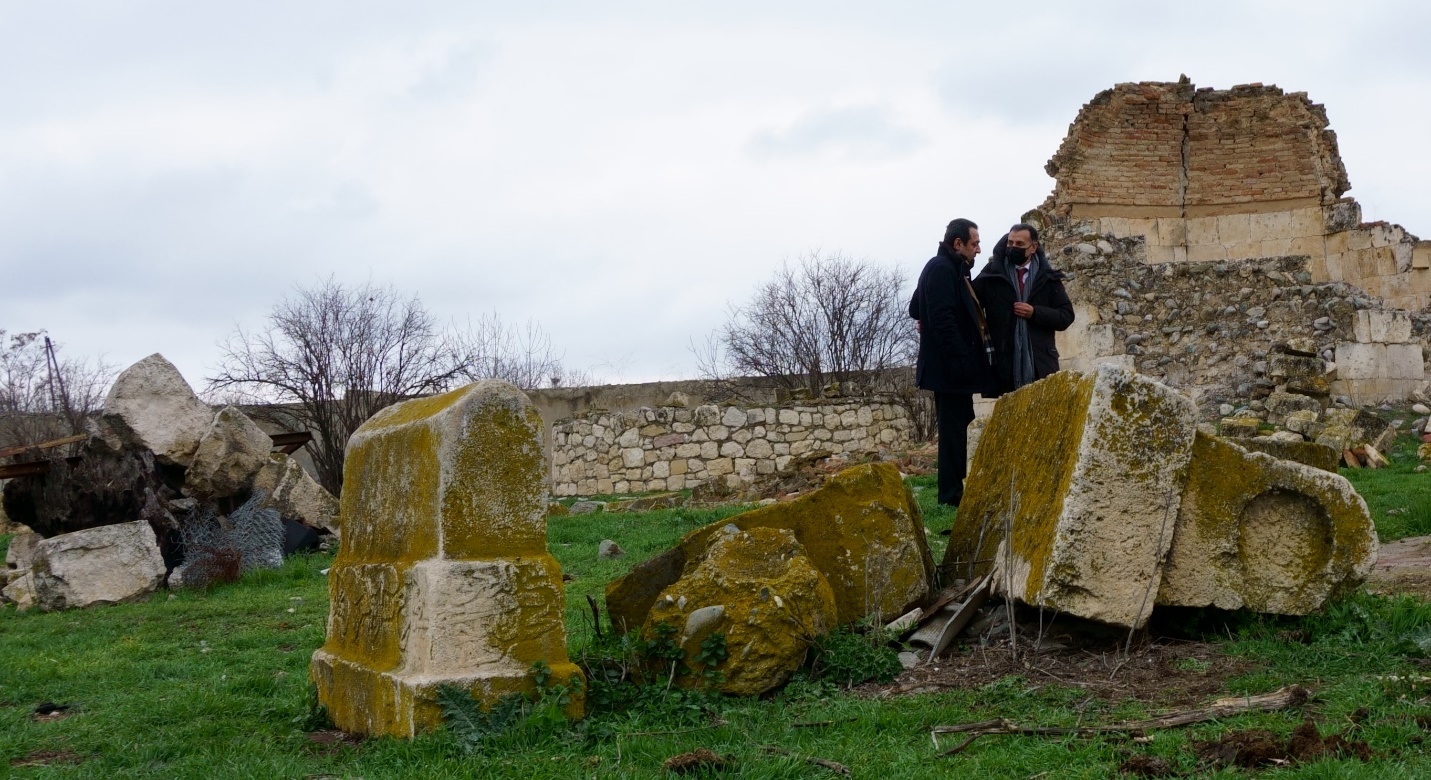 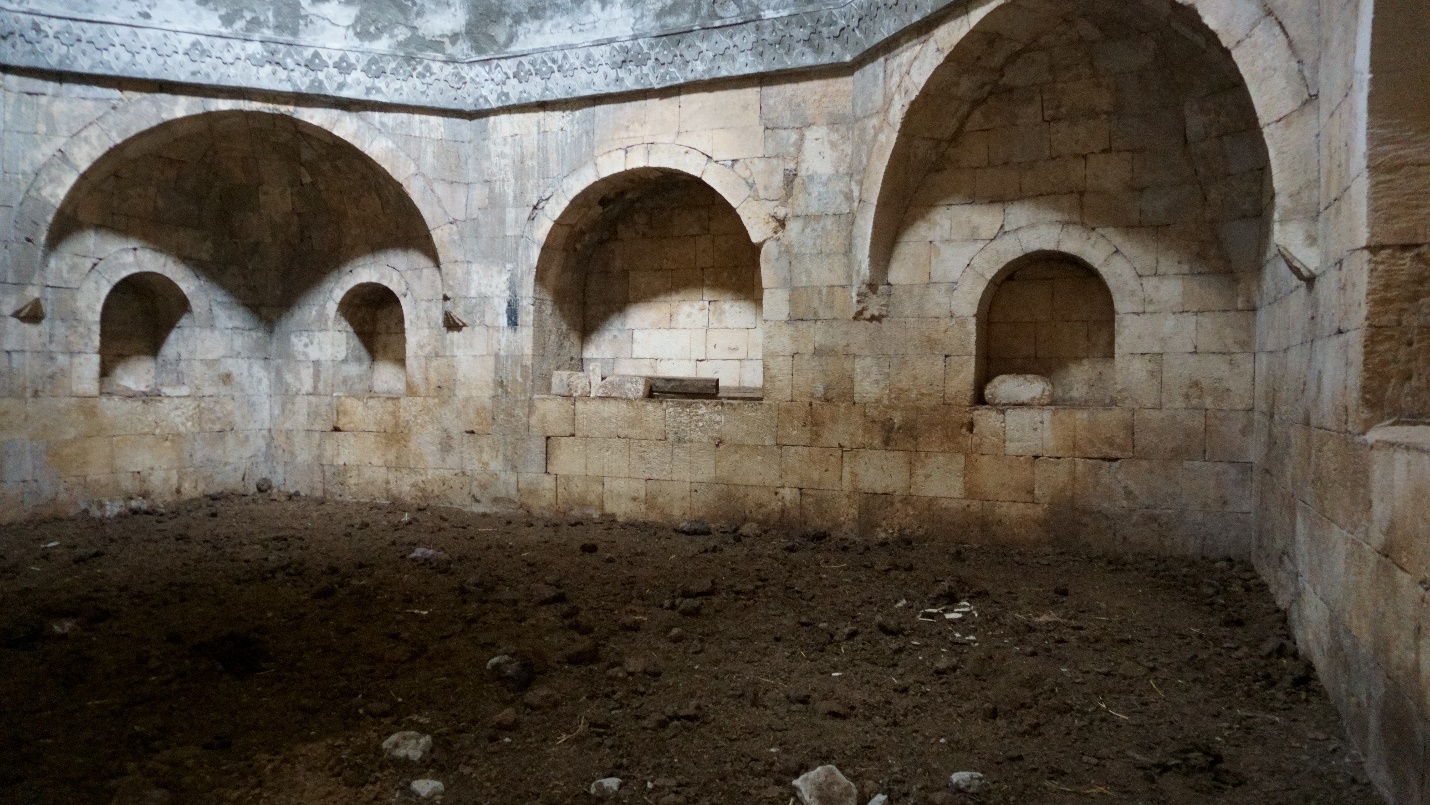 Working in Azerinform, then in the “Youth of Azerbaijan”, in the 1980s, I often went to Karabakh on business trips. Usually via Agdam. I loved this city – drowning in gardens, musical, tasty and dynamic. Everything that could not be bought in Baku or even in Moscow could be found at the Agdam bazaar. Then, during the years of occupation, I visited Karabakh twice. I traveled on media projects through Lachin / Berdzor to Shusha / Shushi and Khankendi / Stepanakert. The Armenians renamed all Azerbaijani cities that came under their control. Even those destroyed to the ground, practically non-existent. Fizuli was named Varanda, Jabrail – Jrakan, Aghdam – Akna. So, I dreamed of getting into this Akna, to see what remained of the old Aghdam. But it didn’t work: the local authorities didn’t allow it. And now I look at the city of my dreams from the minaret of the mosque and think: “If it were up to me, I would have invited Armenian colleagues to come with us to Aghdam. Let them see this installation of hell, created by the hands of their compatriots. Maybe they will also want to evaluate the time and the space around us differently.” 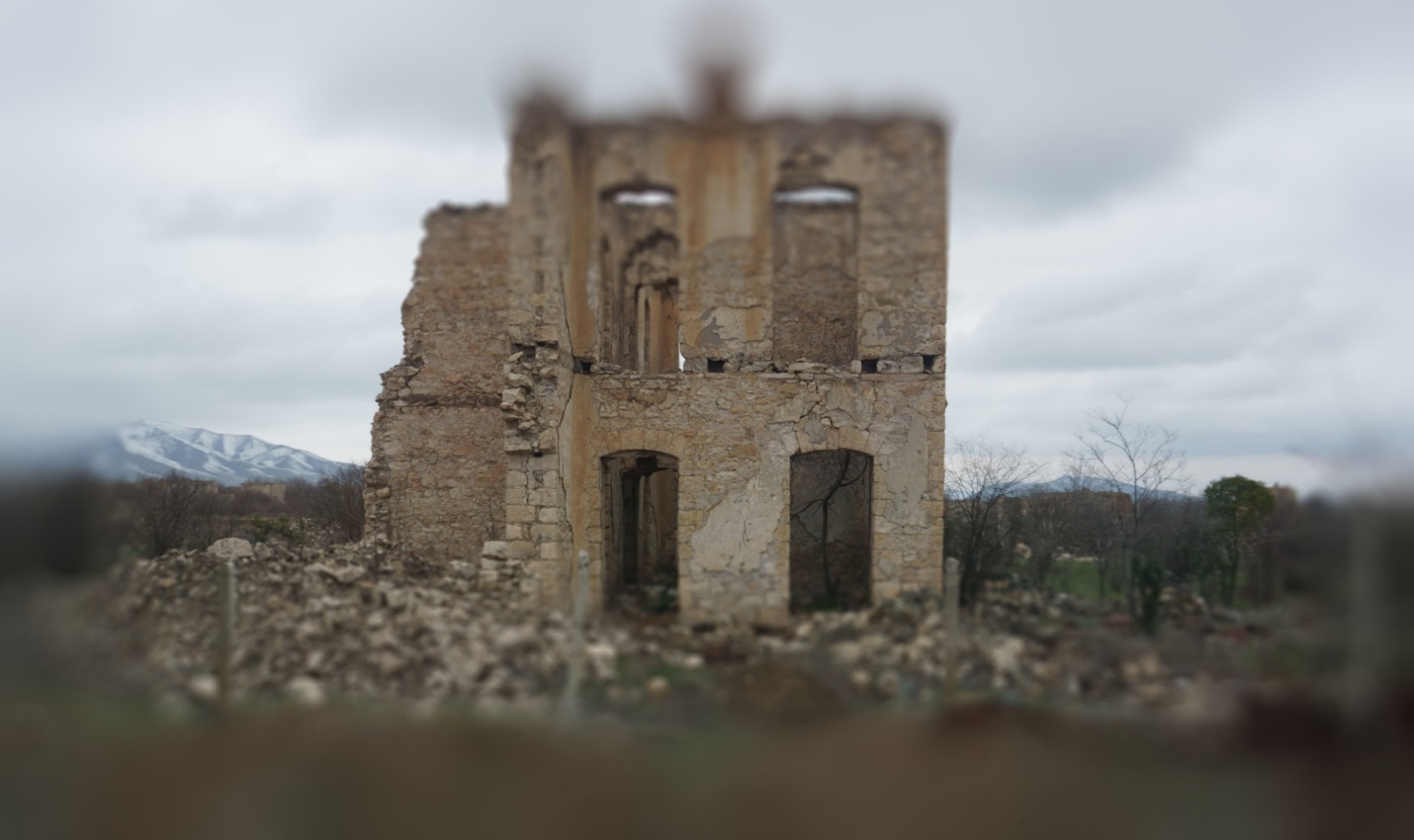 A new phase of tension between Turkey and Russia

Turkey and the United States are arming Ukraine

Copyright © 2019 Press Klub. All rights reserved. The PK is not responsible for the content of external sites.